What is ARCS (ARX)? Complete focus on virtual currency ARX

Following the series of articles about Coin and Token's Coin98. Today, let us learn together about ARCS (ARX).

AIre is an IFA project developed in 2017 in Tokyo, Japan.

What does AIre stand out for?

AIre wishes to become a data bank. Where users can benefit from providing information and data to companies and businesses. Companies can earn accurate and quality data.

Users can enter personal data information such as gender, health, location, links of social networking accounts ... In return users will receive rewards from AIre for their contributions. .

The information provided by users will be kept confidential by applying technology Blockchain. Thus data will not be stolen or modified.

Exclusive APIs provided by AIre will allow companies to integrate applications and data into data banks. In addition, companies can buy data from AIre. 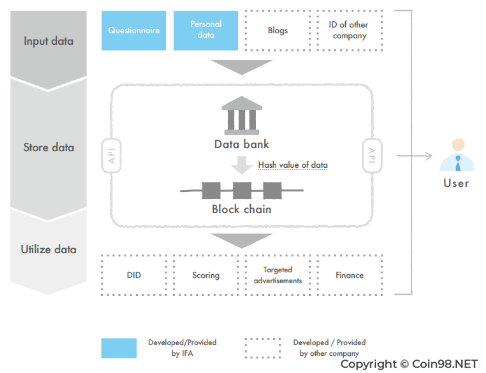 What is ARX Token?

ARCS (code: ARX) is a token that works in the AIre project ecosystem.

It is developed on the foundation of Ethereum according to the ERC-20 standard and is expected to be released to the market in December 12 through fundraising. IEO on the Kucoin floor.

Useful articles for you: What is IEO? A Complete Guide to IEO Investments

With a total supply of 20 billion tokens, the development team of the distribution project is as follows:

Information about unlocking tokens has not been mentioned by the dev team in the whitepaper yet. Just know that the tokens of the Third-party Organizations section will be locked.

What is ARCS (ARX) used for?

First, let's talk about the participants in the AIre ecosystem. Including: 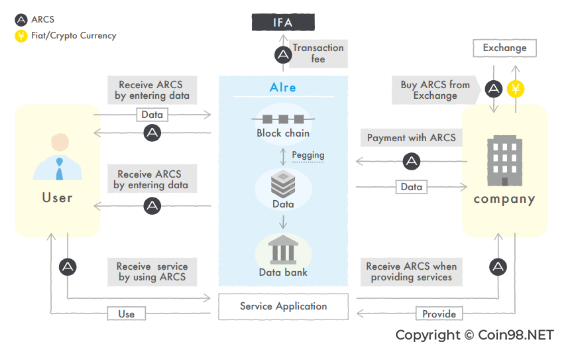 In the AIre ecosystem, ARCS acts as a Utility token with the following uses:

Users who provide data to AIre will receive an ARX token.

Currently information on how to calculate the reward has not been mentioned in the whitepaper.

Companies using ARCS are purchased from exchanges to buy data from AIre.

In addition, companies provide services to users to receive ARCS tokens. Users can use ARCS to pay for company services.

However, the project has not yet announced how to charge commission when making transactions.

Just now Kucoin floor announced the delay of the launch of ARCS Copper IEO. I will update when there is latest information from Kucoin.

ARX ​​Token is developed on the Ethereum platform according to ERC-20 standard. So you can store on Ethereum wallets like:

In addition, you can store ARX on wallets allowing ARX transactions to facilitate trading.

There are currently no ARX tokens traded on any exchange.

It is expected that after conducting IEO on Kucoin.com, ARX tokens may be traded first on Kucoin.

The future of ARX Token

You can track the need to buy / sell tokens below to make comments about future price trends of ARX.

It can be seen that the demand for buying ARX tokens will mostly focus on companies with data needs.

However, the problem here is how the AIre project needs to market media and data in a variety of ways to attract companies to pay for data.

You need to pay attention to users when they are rewarded with ARX tokens. After receiving the reward, the ARX token will be sold on the listed exchanges.

To better understand the factors that affect the ARX token, please refer to the section below to see what the project has actually been doing?

Should we invest in ARCS (ARX)?

I believe that you have also learned the basic and necessary information about ARCS (ARX) after reading this paragraph.

In the future, the project will have 2 important events as follows: 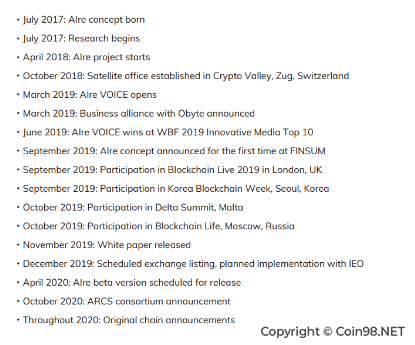 Individuals can register as users, create accounts, perform KYC, enter the information into the data bank to receive the reward as ARX token. Companies can buy data from data banks with ARX tokens.

This is a very new project, according to my understanding Telegram and the project's Twitter was created in less than 10 days. You need to know more about the project before making an investment decision.

Hopefully, my last post helped you to have an overview of the AIre project as well as the ARCS Token.

What do you think after reading this article? Please share your opinion in the comment section below the article. Me as well as the team Coin98 will answer to you in the shortest time.

Hello and see you in the following article!