IEOs have always been viewed by the cryptocurrency community as a potential investment opportunity.

In today's article, let's find out details about the 15th ATTN - IEO project on the OKEx Jumpstart platform.

ATTN is an ecosystem platform that applies blockchain technology to eSports games, including many popular PVP (Player vs Player) games.

Under the project, ATTN is the best platform for integrating business activities in the video game industry. ATTN is committed to creating a closed ecosystem that provides the highest value for players.

Below I will explain in more depth what they will do in the future.

What problem does the ATTN solve?

ATTN wishes to solve the current shortcomings of the traditional video game market:

How does the ATTN solve the problem?

ATTN is the official token of the digital ecosystem platform for eSports games.

ATTN is released and built on the Ethereum blockchain according to the ERC-20 standard.

Basic information about the ATTN token

With a fixed total supply of 1 billion tokens, ATTN is distributed by the development team into 5 components with the following ratio:

The project organizes the sale of tokens on the OKEx Jumpstart platform on July 29, 07.

The number of tokens to be sold is 50 million, and the project is expected to raise $ 2 million.

How to buy ATTN token (ATTN) on OKEx Jumpstart

To join the brothers need to own an amount OCD certain in account. The 5-day average number of OKB held must be greater than or equal to 100.

ATTN was purchased with OKB.

For more information, please refer to the link below: https://www.okex.com/support/hc/vi/articles/360046218331

Refer to the article: What is OKEx Token (OKB)? All about OKB virtual currency

Below is information about the project's token unlock schedule.

Community Ecology: Will be released based on business needs after 3 months.

Foundation: Release up to 10% per year.

Core Team: Will be released within 3 years of the mainnet release.

Project Operation: Released within 5 years based on the project's process.

What is the ATTN token (ATTN) used for?

In the project's ecosystem, ATTN token is used for the following main purposes:

As with many other platforms such as: MobieBloc (MBL), Contentos (COS)... ATTN is used to pay for services and as a reward for individuals who make a donation.

ATTN is used to:

However, the special thing about ATTN is that users can buy tangible products with ATTN tokens such as game consoles.

And the value of ATTN will increase over time, attracting more eSport content producers. I will talk more specifically below.

When a User uses basic services in the ATTN platform such as buying and selling game items, betting, playing games ..., they need to use ATTN tokens to pay service fees for those transactions.

Benefits of holders of ATTN

When you own ATTN, you will get the following benefits:

70% of the business profits of the entire ecosystem will be used to buy back the security tokens on the market and burn them.

This will make the value of ATTN increase over time. The amount to be burned is currently not announced by the dev team.

How to earn ATTN token (ATTN)?

At the present time, the only way to own the ATTN token is to join the IEO on the OKEx Jumpstart platform as I mentioned above.

Maybe you are interested in: What is IEO? A Complete Guide to IEO Investments

ATTN is an ERC-20 token so I recommend you to store it on Coin98 Wallet.

In addition, the brothers can also store ATTN on standard Ethereum-enabled wallets such as:

The types of storage wallets mentioned above Coin98 have detailed articles. You can search to understand more.

Refer to the article: Instructions for using USDT Coin98 Wallet

The exchange supports the transaction of ATTN token

Up to now, ATTN token has not been traded on any exchanges.

Refer to the article: What is OKEx floor? How to register and trade Bitcoin on OKEx from AZ

The future of ATTN token (ATTN)

Founded in 2016, the ATTN alliance is Southeast Asia's largest eSports eco-industry alliance, with a global player count of more than 25 million.

ATTN is focusing on the Chinese market, which is the market with the largest number of players in the world.

Expected revenue from the eSports market will reach 1598.2 million dollars. This is a "fertile piece of cake" for ATTN. 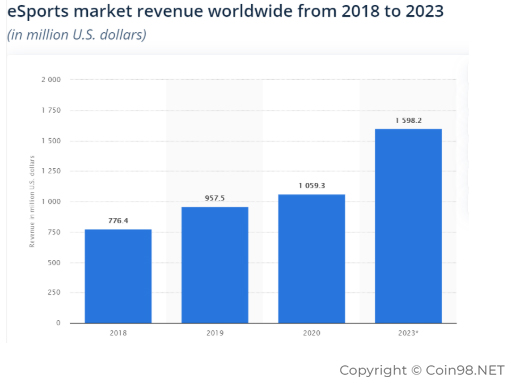 Besides, eSports is being recognized by the world as an e-sport.

The evidence is that SeaGames 30 has brought the game of Arena of Valor into the competition, competitions are held world-class in many games such as PUBG, Dota 2 ... many people are concerned. center.

Should you invest in security tokens?

I believe that you have also grasped the basic and necessary information about the security token after reading this paragraph.

ATTN is committed to building a leading esports ecosystem.

ATTN hopes to disrupt the traditional video game paradigm by focusing blockchain technology on eSports. Through eSports, players will have a great experience.

ATTN aims to build the world's most widely used eSports platform worth billions of dollars.

Since its establishment up to now, ATTN has many major partners, such as: OKEx, NIMO TV, traveloka, IOST ...

Currently, you can participate in attractive games that have been on the ATTN platform like: Devil Smithy. 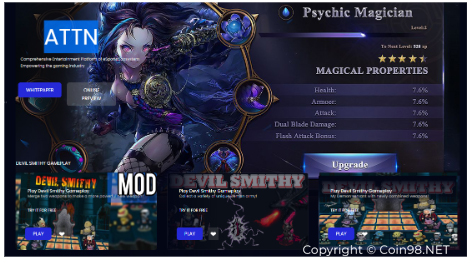 ATTN is a Utility token used for the purposes of: Payment, service fees, voting, burn.

Hopefully, my last post helped you to have a better overview of the OKT Jumpstart's next ATTN - IEO project.

And you guys, what do you think about the token after reading this article? Please share your opinion in the comment section or inside Coin98 Finance.

Goodbye and see you in the following article.

OUSD: The first stable coin that can be farmed on Wallet