What is the Japanese candlestick pattern? How to read candle charts (easy to understand)

What are Japanese candles?

Candles have been used since ancient times by the Japanese to trade rice. Steve Nison discovered this secret when working with brokerage firms in Japan. And since then, the Japanese candlestick chart is widely used in financial transactions.

In this article we will learn the most basic knowledge about Japanese candles and how to use them. Let's get started!

How to read candles 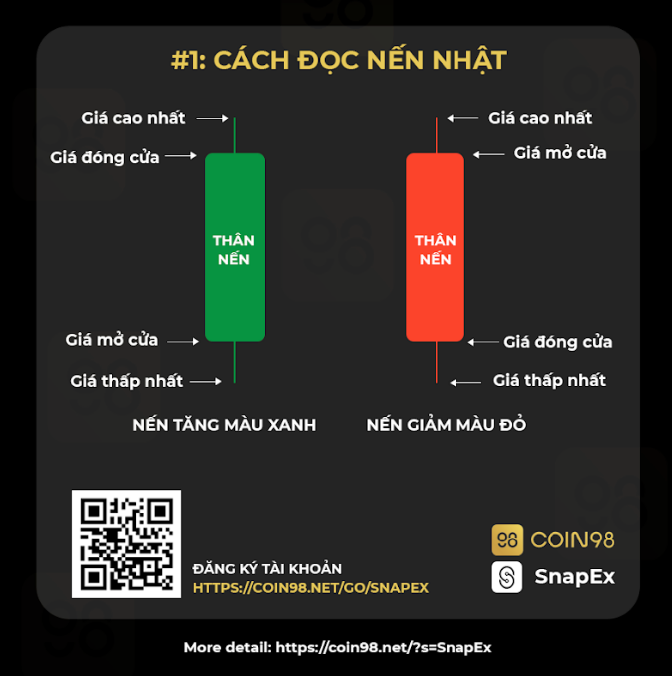 Here I will summarize 14 basic models of Japanese candles that you need to know. These are the most basic patterns to grasp.

My team has tried to design the picture in an intuitive and most understandable way, you can freely download it to your phone, when you have time to open and read! 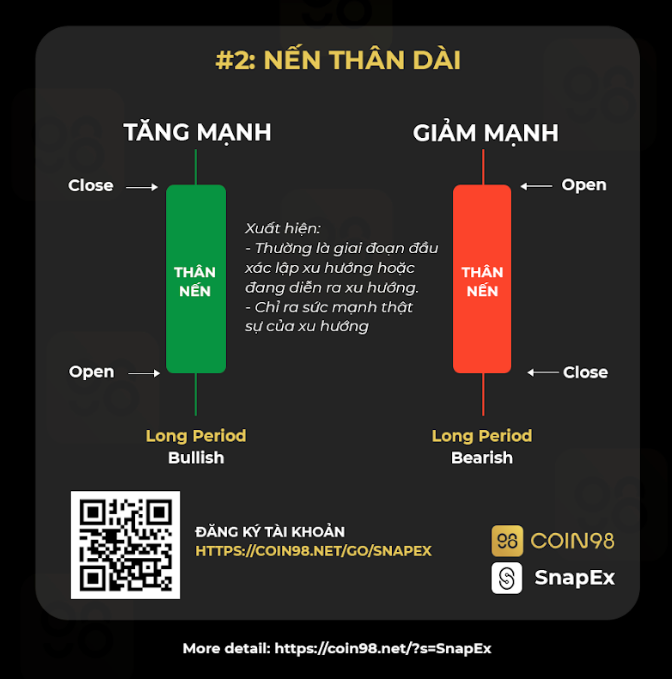 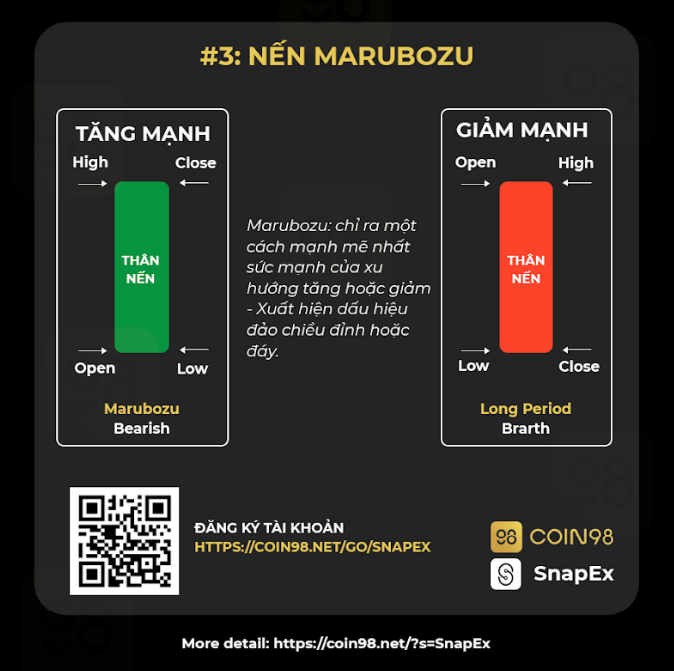 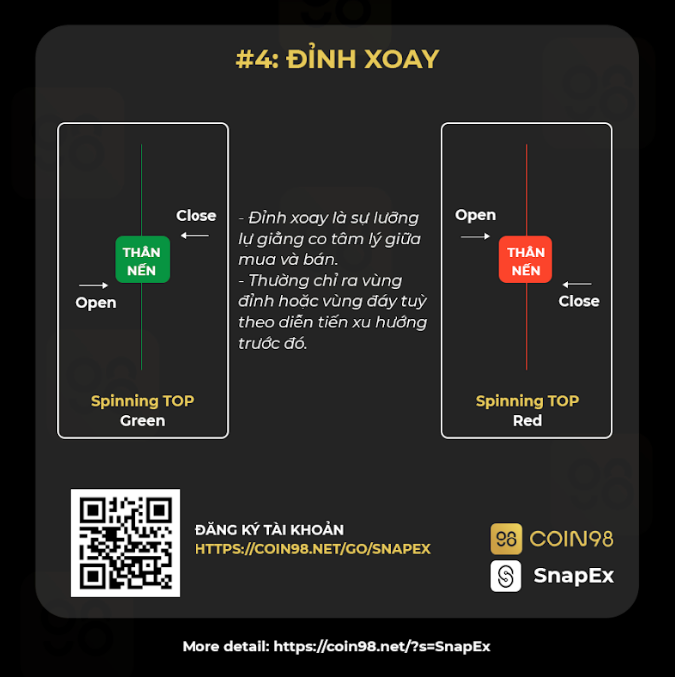 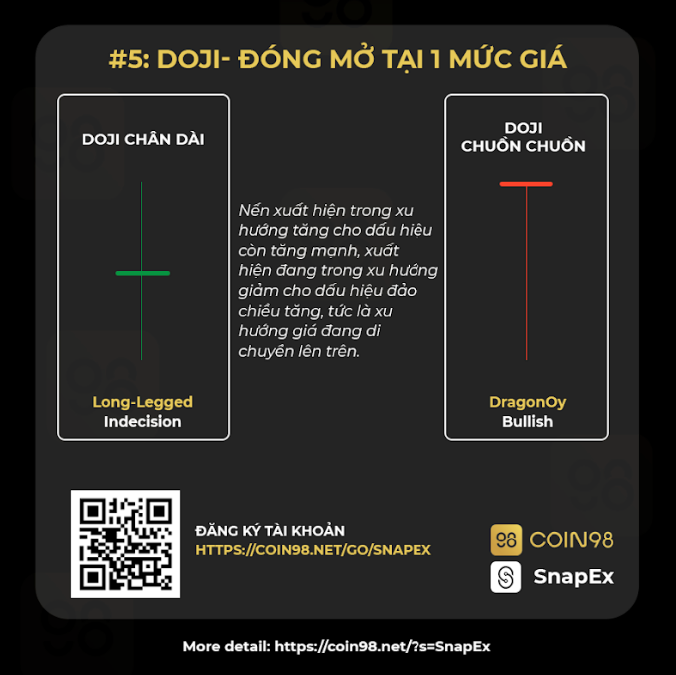 For traders who are trading and prices are following a trend then a Doji candlestick appears. Traders may consider exiting part of the trade order and placing a stop loss more closely, as there is a possibility that the market is gradually losing its momentum.

The Doji candlestick pattern doesn't always warn a market reversal, but it does show a slowdown in the trend. 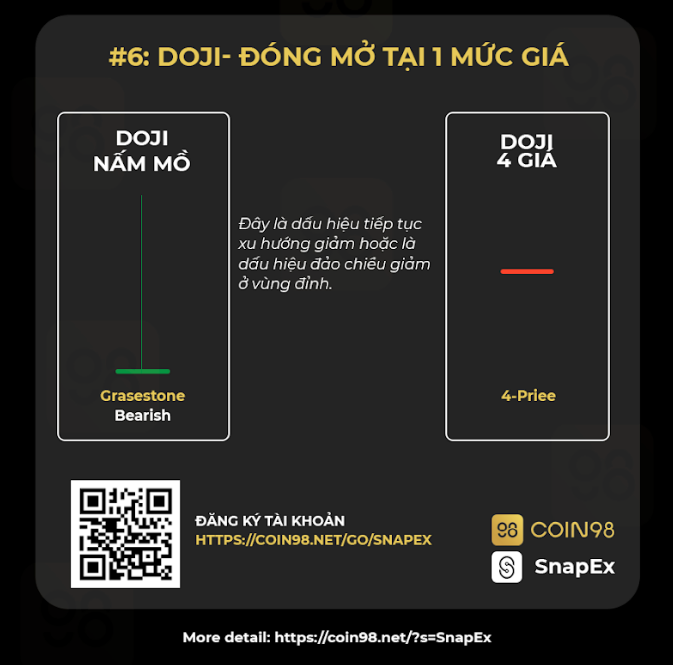 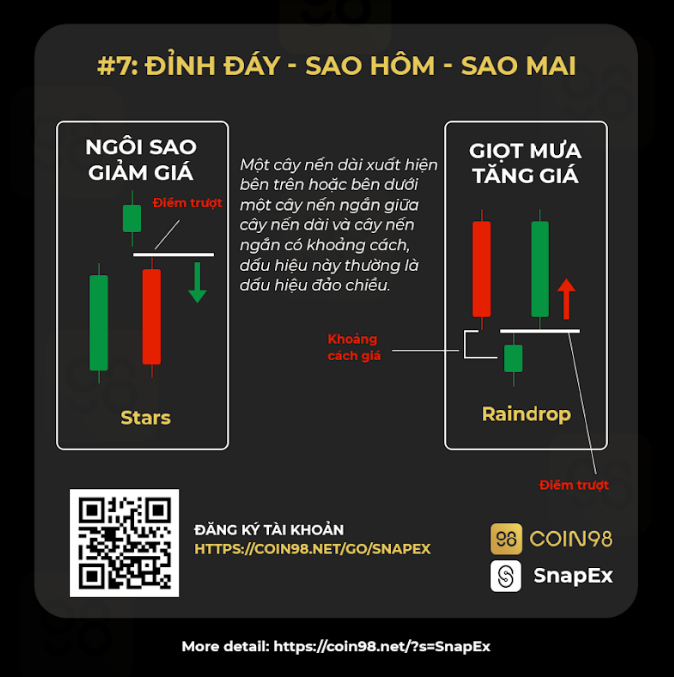 The hammer creates the bottom 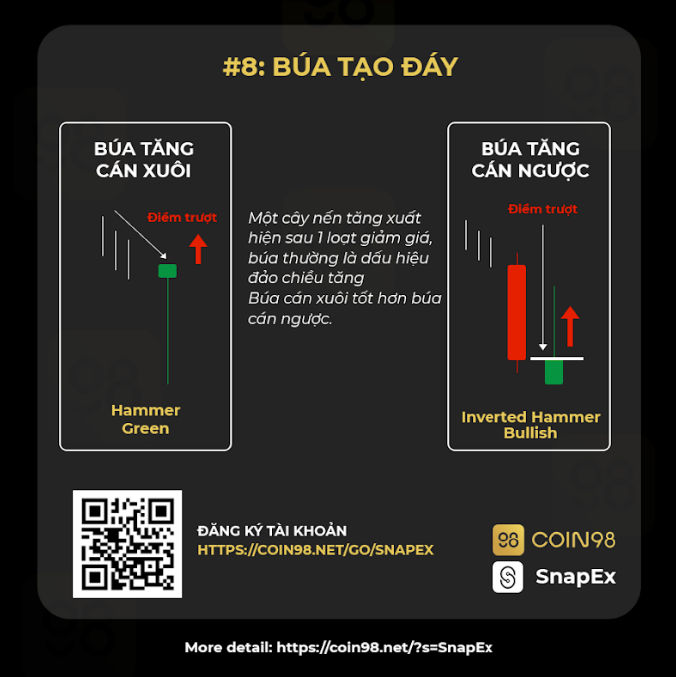 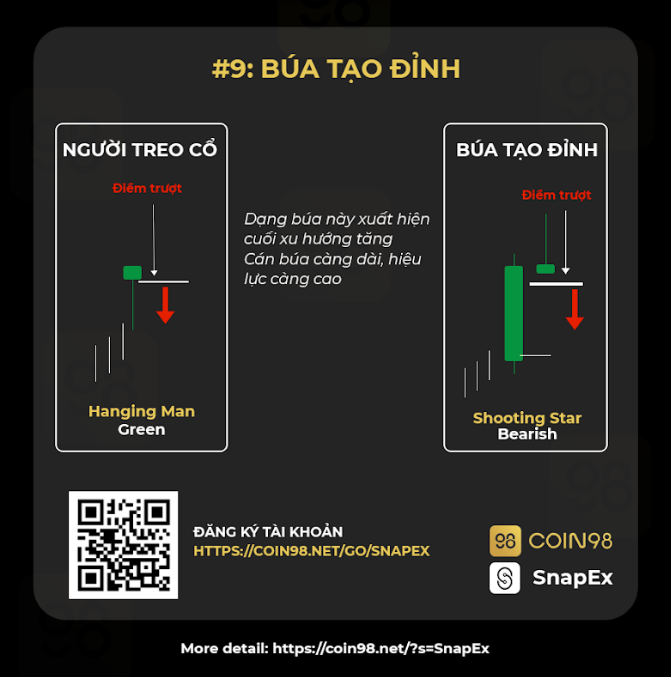 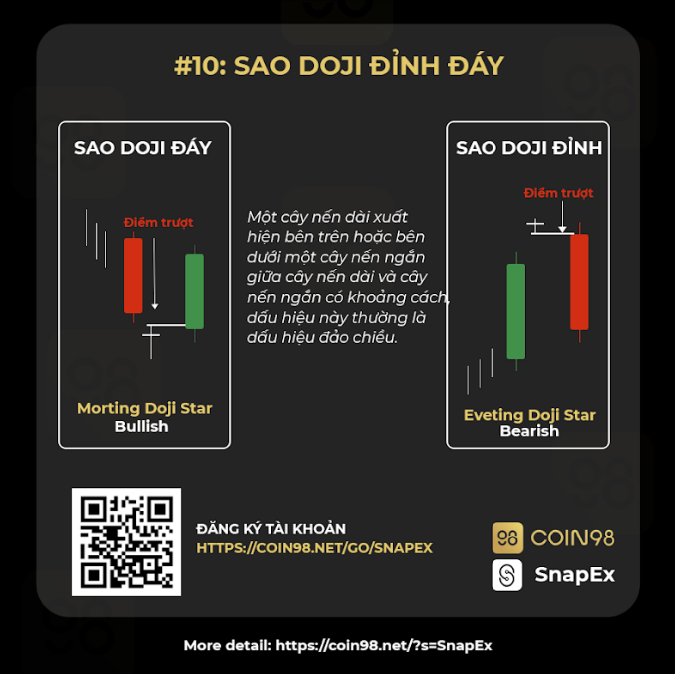 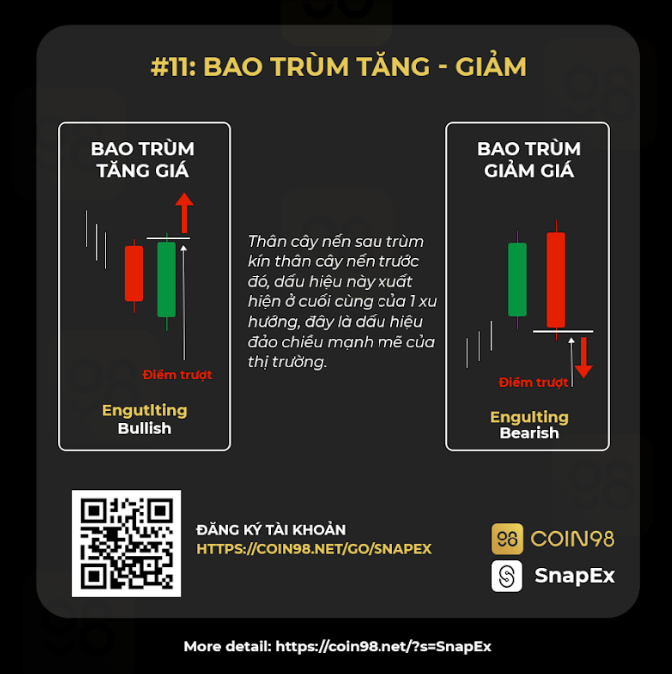 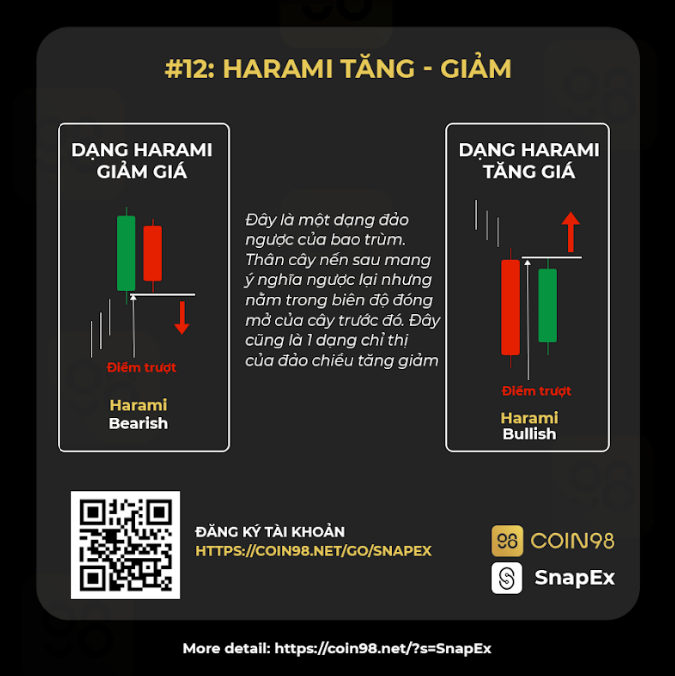 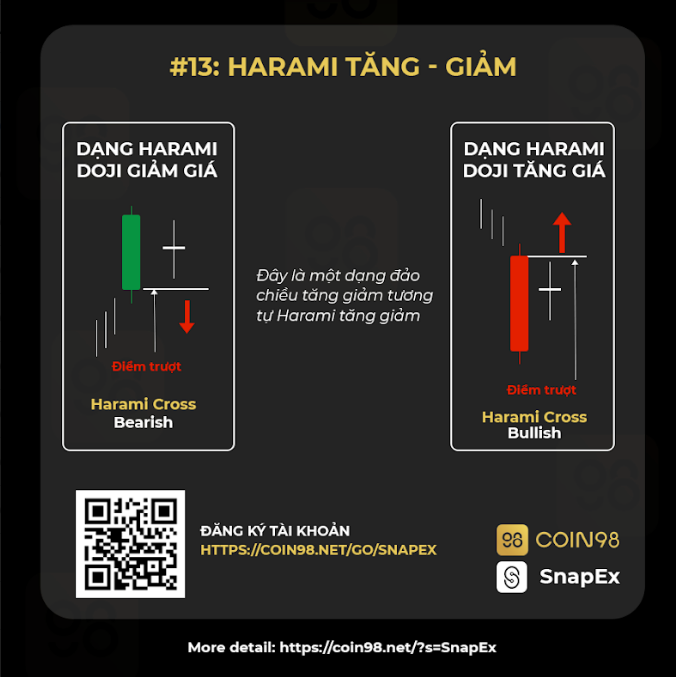 Increase and decrease through the center line 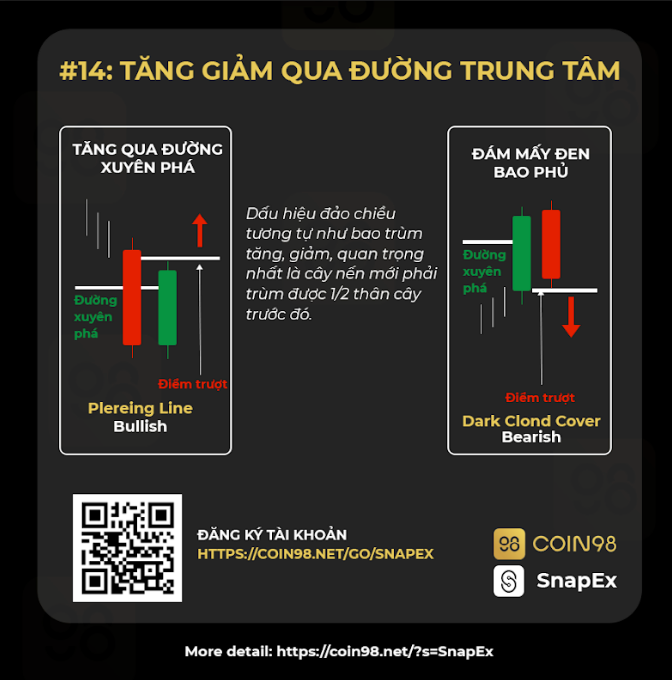 Pattern with 3 candles of the same color. Clearly showing the market reversal. However, combined with the volume and other factors, we can decide on the command. 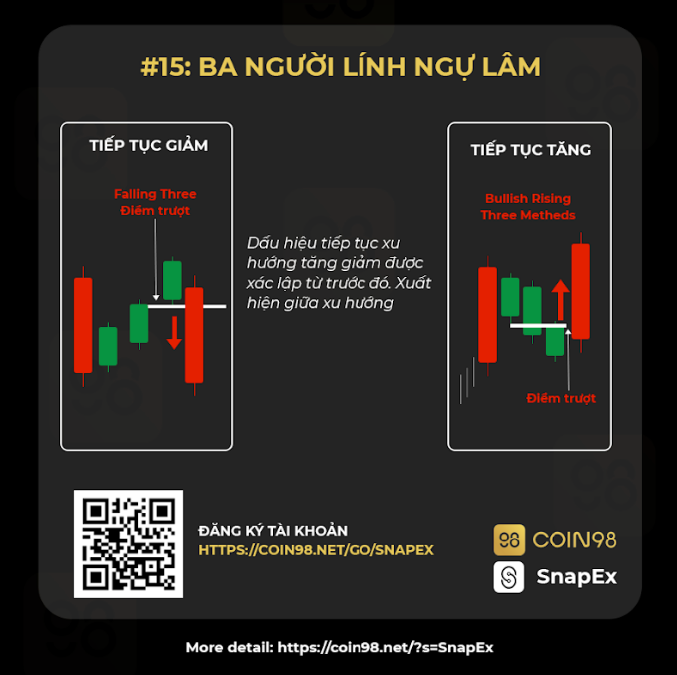 In the latest article, I will continue to update you the bullish and bearish models to make it easier for you to grasp the trend of prices and entry into the order.

Or refer to the article below of Coin98 back to SnapEx.

Maybe you are interested in: What is SnapEx? How to use SnapEx?

What matters is not the standing position but the direction.

previous Post What is MOMO wallet? All about MOMO wallet (details) Next Post Kucoin 2020 - Development Strategy for Ecosystems and Future of KCS?